Global Learning Inter-Views is an informative blog on what's happening with global learning at FIU. Come here regularly to learn the latest about who is enacting global learning and how it plays out in the words of faculty and students in global learning-designated courses across all academic disciplines.

Meet Jeanette Smith, JD, and Professor of Religious Studies! We've talked several times recently about her three, newly designated global learning courses in Religious Studies: Faith and Community, Religion and Science Fiction, and Religion and Fantasy. But on this day, we conversed about Smith's personal global learning journey and her habit of bringing in guest speakers and and building course content around students' interests.

Why is global learning something you're interested in teaching?

When I asked Smith why global learning is something she's interested in teaching, her answer took me by surprise. Plus, I learned a few things about her that I didn't know before.

"I'm fairly well-traveled with my education. I studied in Mexico, Italy, and Greece. When I was in law school, I did a program in Singapore. As a young attorney, I did a program at the University of the West Indies in Kingston, Jamaica. People usually assume that I have a more affluent background, but I don't. I have a mom who worked three jobs to raise us.

So, what I did was, I wrote letter upon letter until I could get scholarships. And each of these programs that I did wasn't even with my home university, because I couldn't afford that, you know? I even went to Mexico because I couldn't afford Spain. But I'm ultimately glad I went to Mexico. I did that through a university in New York whose campus I never even touched.

Those were invaluable, incredible experiences for me and every time I came back to the U.S., it's like I had more to offer. I appreciated more about my own country. But at the same time, I also could recognize some of the problems and some of the issues, because I had context now. So, it just seemed like every time I did a study abroad, my lens, how I viewed the world widened, broadened, changed. And I was able to step outside my own nationality and country and was able to view things in a more complete way. I want students to have a taste of that. I want them to have those opportunities, but I also recognize how challenging it can be."

How has your teaching for global learning evolved?

After getting to hear about some of the meaningful discussions that her students have engaged in amongst themselves, in which they learned more about each other's country, culture, and religious customs, I asked Smith how her teaching for global learning evolved. "Well, I inherited a global learning class, the Intro to Religion course. And it took me about two semesters to start making that more my own with the videos and films I brought in as well as occasional guests.

In my World Religions class, which is also global learning, I saw an opportunity and brought in Fulbright scholars. I'll tell you how that first started. It was this past fall when we were in class and the issue came up about vaccines. We were talking about Jainism, and Jains are pacifists, but to a more exceptional level than most in the sense of not drinking filtered water to avoid killing microbes. So it's far more of, I guess, an exceptional level of activism. And you know that we have a Jain Studies program at FIU, so we have access to more information. Something came up with the students and they wanted to know about vaccinations and Jainism. I had not looked up that particular issue, nor am I a biologist to know a lot about exactly how vaccinations work. I happened to have a Religious Studies faculty meeting later that afternoon, and they introduced the Fulbright scholars. One of them was from India and had a background in Indian religions, including Jainism. So, I followed him outside as he was leaving to see if I could follow up with him, and we did. I was able to bring him the very next week [to class] to talk about that aspect of the vaccinations and some different subtleties within Jainism.

My students were absolutely thrilled! They're like, "We just mentioned that and you brought us somebody." So, I think that I've gotten comfortable enough with my classes that I'm okay with doing something that's less conventional or a little different. If I see an opportunity arise, I will grab it fast if I think it's going to enhance or add something to the class for my students. So maybe that's how I'd say my teaching has developed. I'm a lot more innovative now."

Not only did Smith bring in guest scholars, she connected with one of the actors on Game of Thrones who recorded "a very tailored greeting" to her Religion and Fantasy class. As she recalled the moment students realized the actor was addressing them, she said, "Their mouths are dropping open, they're screaming, they're like, "No way!" and they're completely and totally shocked. I still have this image in my mind because they just couldn't even believe this was for them."

How do you connect course content to students' interests?

While most of us don't know a friend of a friend of a famous actor, we can learn a thing or two from Smith about connecting course content to students' interests. Smith shared, "To me, the engaging courses, the ones where the students themselves are engaged in helping create whatever it is you're doing, are probably the best. I'll tell you something fun about the Fantasy class. That class came about because I was teaching the Intro to Religion course. And let's face it, students are trying to fulfill requirements, UCC, and they're like, "Okay, this sounds interesting. I'll take it." But they may not be Religious Studies majors. It's like a global learning class and it's a Gordon Rule class, so they take it.

So, I was in class and I was trying to explain something one time. And it suddenly struck me that the Many-Faced god from Game of Thrones was a good example. I was like, "Okay, who here has watched Game of Thrones?" And every hand went up but one. I said, "Okay, the Many-Faced god is an example." Suddenly everybody was like, "Yeah!" They understood the concept. I saw this group of guys in the corner who had paid hardly any attention, and after that they were constantly paying attention, throwing out examples from Game of Thrones that fit with what I was talking about."

Based on conversations Smith had with students, the idea of creating a Religion and Fantasy class came up. So she did her research and found instances of Harry Potter and Game of Thrones courses at other universities. Then, she went back to her students and asked, "What do you guys think? Should we develop the class?" So, "those students were the co-creators for the Religion and Fantasy class." Following the development of that course, students weighed in on the creation of her Religion and Science Fiction course. But seeking student input doesn't end there. As Smith said, she designs a "basic framework and there's some things that are key or foundational that we will look at, but I always leave space for us to talk about what students would like to include. Because there are always new things coming out, there are topical things, there's a new adaptation. So, I think kind of true to how the classes were originally formed, they've continued to be a co-creation with my students."

What are the effects of global learning?

Smith then shared how global learning can bring about the top three things that she feels the world needs more of: "Respect for each other's ideas and for one another's country," "critical thought," and "empathy."

She feels that "Global learning--it just gets us to open our eyes, first of all. I guess it's what I did, or maybe even what I am, because of the amount of global learning that I did. And I feel like it opens our eyes, allows us to have opportunities we couldn't have otherwise, exposes us to different ideas. It broadens our perspectives. And you know what I think it does is not just [increase] the respect and the critical thought, but it develops empathy. When you start to be aware...it opens your mind and your ideas beyond your own. It broadens your world view, I guess, is the best way to say it." 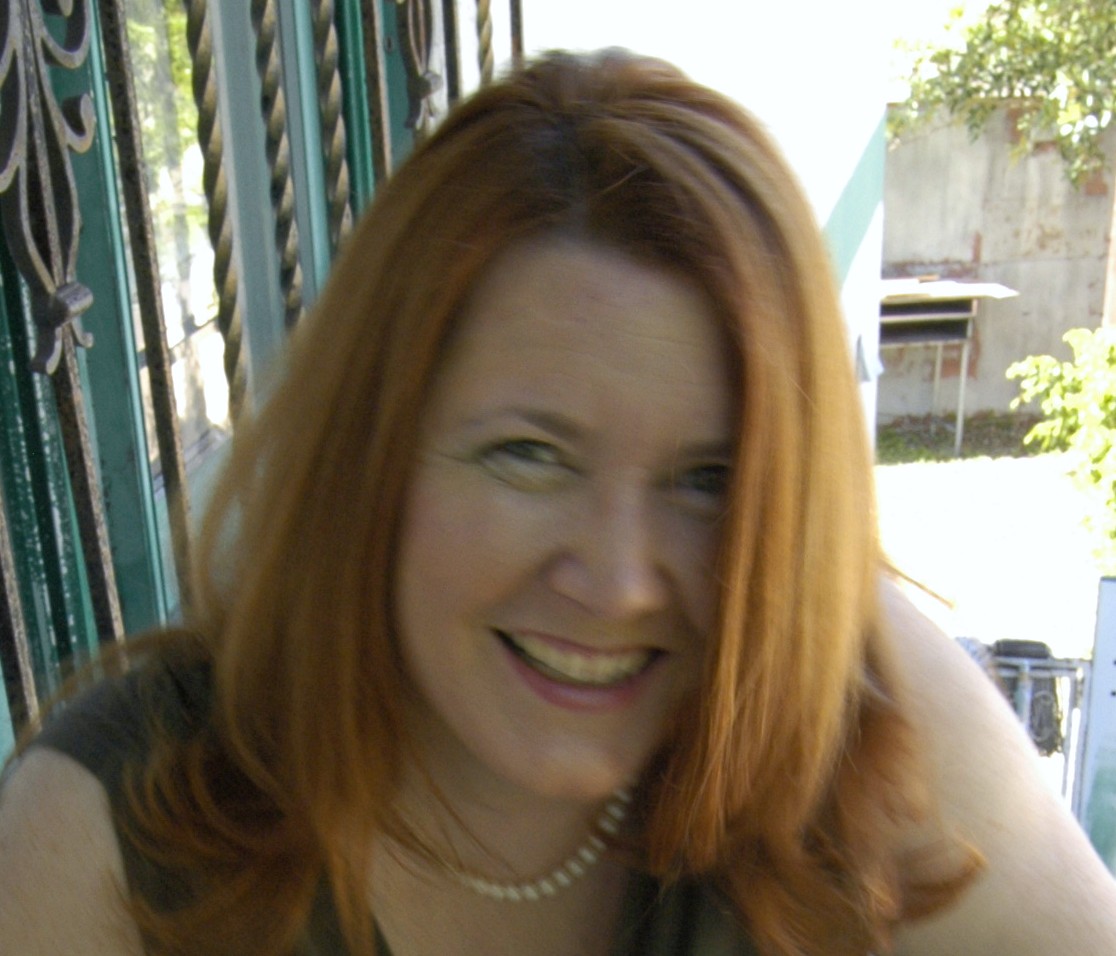 Listen to the audio interview 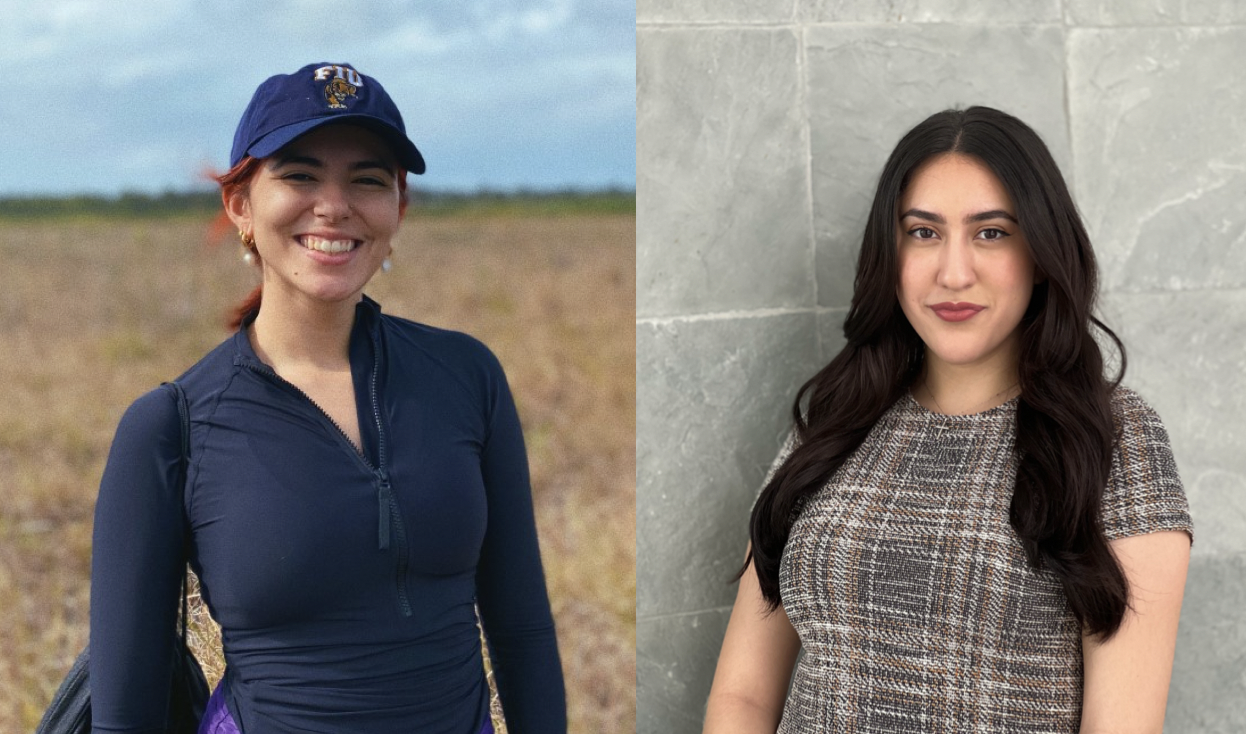 As Monica thought back on her experiences of being a student in Smith's Religion and Science Fiction course, she described how in-class "discussions covered human themes like cultural awareness, acceptance, resistance, and diffusion." And although the setting of most course content was off world, its "other worldliness" reflected our world's problems back to us, allowing us to examine the other perspective with more empathy than we could before." Monica recommends this course to other students because it may help them "be aware of other cultural dynamics" and "develop an educated opinion on certain topics, "so they may "better serve diverse communities like that of Miami, which houses people with vastly different cultural backgrounds."

Emily was a student in Smith's Religion and Fantasy class, which included a Collaborative Online International Learning (COIL) component that she found "fascinating." Here's how she described that experience. "Perhaps it's merely because of my natural extroversion, but I wanted to seize the opportunity to create meaningful connections and conversations with the students from [Bogota,] Colombia. I wanted to apply what I had learned from the other global learning courses...and create links to students my age with similar, and yet such different experiences from my own. I've made friends through this and even learned to love the culture of global exploration in mediums of culture, religion, and traditions different from mine."